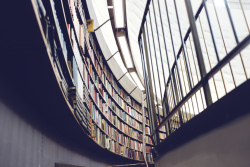 Life Lessons Learned from Inmates When I was a Prison Teacher

My education as a prison teacher came from the inmates themselves.  As one who has always had a healthy interest in the criminal justice system and who had childhood aspirations to become a police officer or prosecutor, never did I imagine that I would get such a valuable education in my previous position as an Adult Basic Education/GED teacher in prison as I have and that I try to impart upon my students.

As I reminisced about my extensive education and research endeavors in criminology, particularly criminological theories of deviance, I recalled Becker’s (1963) labeling theory that asserts that acts themselves are not necessarily deviant. In fact, it is how mainstream society attaches its norms, values, and morals to certain activities and, thus, criminalizes them. Accordingly, whereas a particular act may not in and of itself be deviant in one culture or society, it may be in another. When negative labels are attached to an individual’s identity based upon actions that society has deemed illegal or illicit, then said individual internalizes this negativity and associated deviant behavior and, essentially, accepts the label. In other words, if an individual—particularly a juvenile—is branded a delinquent then s/he is more likely to act like one by continuing to violate societal norms; thus creating a self-fulfilling prophecy in which the negative label becomes a central aspect of his or her identity.

Granted, where certain acts are violent in nature (such as murder and other types of heinous, premeditated violence or mayhem) a large proportion of this country’s inmates are incarcerated for offenses which are not necessarily evil in and of themselves. Take for example, drug offenses, and particularly marijuana possession. In my opinion, using certain types of drugs should not axiomatically be a criminal activity if the individual does so in the privacy of his or her own home and does not harm another by his or her actions. However, such an act has been criminalized and thousands of individuals are incarcerated as a result. Compounding the problem is the dichotomy between states that seek to decriminalize and/or legalize certain drugs and the refusal of the federal government to admit the relative failure of its decades-long war on drugs. In fact, according to the U.S. Bureau of Prisons (BOP), as of 25 January 2014, the number of federal inmates incarcerated for drug-related offenses was 98,554 which accounted for 50.1% of all inmates and of these individuals, 27.6 percent of drug offenders were incarcerated for marijuana-related offenses.1 As for state inmates, this number is 16%; representing a ten-fold increase since 1980.2

These individuals are not necessarily deviant or dangerous but by stigmatizing them, the negative implication adheres to their persona, oftentimes for life. Consequently, they cannot escape this label and because it is far easier to simply accept it and act accordingly than to summon the courage to fight it, deviant behavior continues and, oftentimes, escalates.

What does this theory have to do with my epiphany, you may ask? It has made me see my students—and other inmates with whom I interact daily—as simply flawed human beings who have made bad choices and mistakes (who hasn’t, after all?) but whose actions have been labeled as deviant by society. Thus, they have been punished accordingly by our prevailing criminal justice system, branded as criminals, and continue to internalize said label. When incarcerated with other, oftentimes more violent inmates, Sutherland’s differential association theory takes over and the positive reinforcement gained by continuing deviance further perpetuates negative behaviors. Therefore, it is my job—and my own personal mission—to impart as much knowledge, positive reinforcement, motivation to improve, and conscience as I can.

In addition to the standard academic core curricula necessary for my students to obtain their GED which takes up the majority of my daily activities, I hope that I have made an impact in other ways. I would like to believe that I have imparted some of my own deontological morality upon my students to make them think about things from a different point of view and to appreciate that not everyone looks at them in a wholly negative light.  While attempting to do so I have learned far more than I ever imagined I would through these daily interactions.

I have learned that compassion and respect go a long way and respect is something that must be earned, not demanded. I have learned that simply because these individuals are kept in cages does not make them animals. I have learned that people who have committed heinous acts in their past which caused their incarceration have the potential to become good human beings. I have learned the oftentimes devastating consequences of the perpetuation of deviant behavior as a result of stigmatization and labeling that is not entirely one’s fault. I have also gleaned a renewed sense of hope that some, if not many, of these individuals may actually embrace their inherent value as human beings and not reoffend. And of course, I hope that they graduate and continue to learn and grow.  After all, isn’t this the fundamental purpose of corrections?

Natalie Faulk has an MSCJ with emphases in criminal behavior and homeland security. Ms. Faulk is freelance writer, libertarian, and inmate advocate.

Unauthorized use and/or duplication of this material without express and written permission from this blog’s owner is strictly prohibited. Excerpts and links may be used, provided that full and clear credit is given to Prison the Hidden Sentence with appropriate and specific direction to the original content.