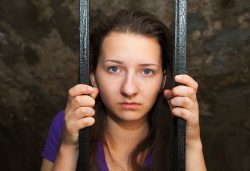 Number of Children of Incarcerated Parents

In 2007 it was estimated there were 1.7 million6 children of incarcerated parents, or with a parent in prison, in the U.S. In 2013 the number increased by a million to 2.7million2,4,5. Today there are more than 5 million8,9  children with at least one parent in prison.

Imagine what it feels like for the children of incarcerated parents visiting their parent in prison.  These children suffer more mental, physical and behavioral health issues than those children who do not have an incarcerated parent.3  Why?  Just think of the stigma the child has to live with and the lack of understanding of the community around them. We have to remember that no matter what the parent did, he or she is still the child’s parent. This dilemma came to the attention of the producers of Sesame Street, and in 2013 they added a new character, Alex, whose father was in prison.4  This was a great start in 2013 to raise awareness, but much more needs to be done. 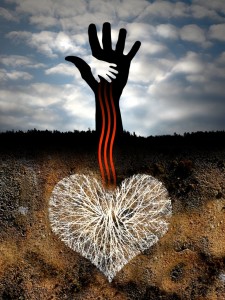 Articles, Pictures, and Support Groups for Children of Incarcerated Parents

Isadora Kosofsky shared 26 pictures that she’s taken that embodies the emotions of the children, the families and the incarcerated parent before, during and after visits.  Some of the children are seeing their parent for the first time in years.1   See Endnote1 or click here to see Isadora’s pictures.

Children of Inmates http://www.childrenofinmates.org/, a Florida organization, focuses on reuniting children with their incarcerated parent(s).  Their website states that there are approximately 200,000 children in Florida that have an incarcerated parent.

There are some other groups, like Children of Inmates, that have filled a need in different communities.  Some of those are:

The Annie E. Casey Foundation is working on several initiatives to help children of incarcerated parent(s):

The articles below go into much more detail for those interested in the topic and provide a perspective of what the children go through and what can be done to help them.  One article states that having a parent in prison causes more damage to the child than having divorced or a deceased parent3.  This is more proof that we need to raise awareness and make changes to help our children, our families and our communities.

1 Time. (May 17, 2016).  The Intersection of Love and Loss:  Children of Incarcerated Parents.  Retrieved from http://time.com/4327836/love-and-loss-children-of-incarcerated-parents/

3 U.S News. (August 16, 2014). How Mass Incarceration Hurts Children, In some cases, they’re worse off than children whose parents are divorced or deceased. Retrieved from http://www.usnews.com/news/articles/2014/08/15/study-children-pay-the-price-of-a-parents-incarceration-with-their-health

5 Alternet. (August 19, 2013). Civil Liberties, 2.7 Million Children Under the age of 18 have a parent in prison or jail – We Need Criminal Justice Reform Now. Retrieved from http://www.alternet.org/civil-liberties/27-million-children-under-age-18-have-parent-prison-or-jail

Unauthorized use and/or duplication of this material without express and written permission from this blog’s owner is strictly prohibited. Excerpts and links may be used, provided that full and clear credit is given to Prison the Hidden Sentence with appropriate and specific direction to the original content.